You have no items in your shopping cart. 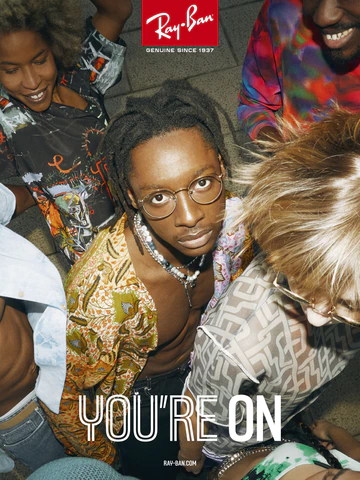 Ray-Ban: An Avalanche of New Arrivals for Men in the eyeglasses Range
Men all over the world will be excited to learn that Ray-Ban, a leading eyeglasses manufacturer brand, has announced hundreds of new arrivals under its name.
It is not uncommon, in some of the sunnier and glamorous parts of the world, to see someone pop open the glove compartment in their car and reveal a sheer load of eyeglasses. As stylish and chic people so often do, they amass eyeglasses.
Dozens of styles fall out of their coat pockets, closets, and drawers too. In these glamorous parts of the world, every person has a pair of eyeglasses. We are talking St. Tropez, Ibiza, Southern California, Monte Carlo and Lake Garda. Days where the sun shines endlessly and the eyeglasses are out on all the fashion heads.
One of the more popular brands of men’s eyeglasses is, of course, Ray-Ban. Walk down any boardwalk on a warm and sunny day, and you will see more than just the one or two pairs of Ray-Ban protecting the eyes of a man.
Ray-Ban does not just offer protection from the harmful rays of the sun, they serve as a fashion accessory, or a make-over for the guys if you will. It is an excellent way of downsizing with a fashion item and still looking cool. Even a decent pair of Ray-Ban eyeglasses for men can be sourced for less than 100 euros and more of us are favoring the Ray-Ban over other [more expensive] fashion statements.
It is rare to see a man wearing excessive amounts of bling. During the eighties, gold chains, gold rings, and even medallions were a common sight. But this look quickly became a fashion faux pas and the only accessory that survived these turbulent times of bad style was the eyeglasses.
However, Ray-Ban has sought to make the style of the new eyeglasses look and feel great. Eyewear trends are changing rapidly and the reason why there are so many new styles out all at once from Ray-Ban is so it can keep abreast of this ever-shifting market.
Indeed, people are starting to shop differently for men’s eyeglasses these days. Most men of style will have a decent pair of Ray-Ban Wayfarers but will also shop around to add in the second pair of eyeglasses in the form of a Ray-Ban Dean or a Ray-Ban Club Round.
The market is also becoming more adventurous and creative with the emphasis on shape and color to fit the mood, weather, and the latest styles.  Ray-Ban fans are going into stores more often and shopping around to see what is different from the last time they were here. This is all achieved on the premise of updating their fashion look.
During the long, hot days of summer, the trend is for bold colors in the Ray-Ban range. Patterned eyeglasses with bold, shiny logo on the arms are popular too. But a variation of the Aviator range is also popular right now in Ray-Ban fashion. The aviator look is a classic style that never seems to go out of vogue and only slight tweaks to the shape or coloring differ from season to season.
We have seen colors that have resembled a fluorescent pink, geek chic looks, and 1960s Austin Powers trends. Also, oversized and rectangle frames have been big in recent years.

The classic Ray-Ban Wayfarers have been updated many times in recent years. We have seen the “rare print” collection where some even had a tiny map of the New York Subway embedded on them and also a series of hipster swirls and fancy dan patterns and logos.

There are nine shapes of eyeglasses for men in the new range and all the classics are well and truly catered for here:

The Aviator. The style that never goes out of line and a brand of glasses with that classic connecting bar that glides across both lenses.

Irregular-shaped eyeglasses are becoming more popular in 2018 because we are all getting bolder and more adventurous. The heart-shaped eyeglasses by Ray-Ban seem to have replaced the small, rounded dark style once donned by the likes of John Lennon and Liam Gallagher.

Customers are really wanting something lightweight and more comfortable these days. The oval or pillow-shaped eyeglasses seem to tick off these boxes adequately enough.

The Pilot shaped eyeglasses by Ray-Ban are very similar to the classic aviator, but with one subtle difference: Pilot tend to be more curved along the top than the aviator and its straight look.

The Phantos shape is becoming very big and Ray-Ban have produced more than 100 different styles in its new range with this popular shape. The Ray-Ban Club Round and the Round Metal styles look chic and old-fashioned but this is just a return to the days when style was king and we have to accept that these latest market leaders are simply back in a very big way.

But although our Ray-Ban eyeglasses for men might make us feel like the latest man about town, it is the protection that really counts. Protecting against the harmful rays of the sun is important as we seek to cut down on the glare of the screen and the sky, sand or snow.

If you are becoming an older man, then you are becoming hipper. At least that’s what you might be telling yourself every morning when you look in the mirror; but seriously, older men are wearing Ray-Ban and eyeglasses every bit as much as the younger male. Moreover, it can shed years off the look of a man who has baggy eyes or wrinkles and crow’s feet.

The magical aspect of the Ray-Ban is that they can be worn indoors too. So, why not check out the other popular shapes of rectangular, round or square eyeglasses? Ray-Ban glasses tend to average in price around the 85 euro mark. Check here for a complete look at all the 669 different styles and Ray-Ban new additions.

You're steppin' into a Ray-Ban Certified Store

Here you can find: